Ben Felton aims to be the world’s fastest blind man 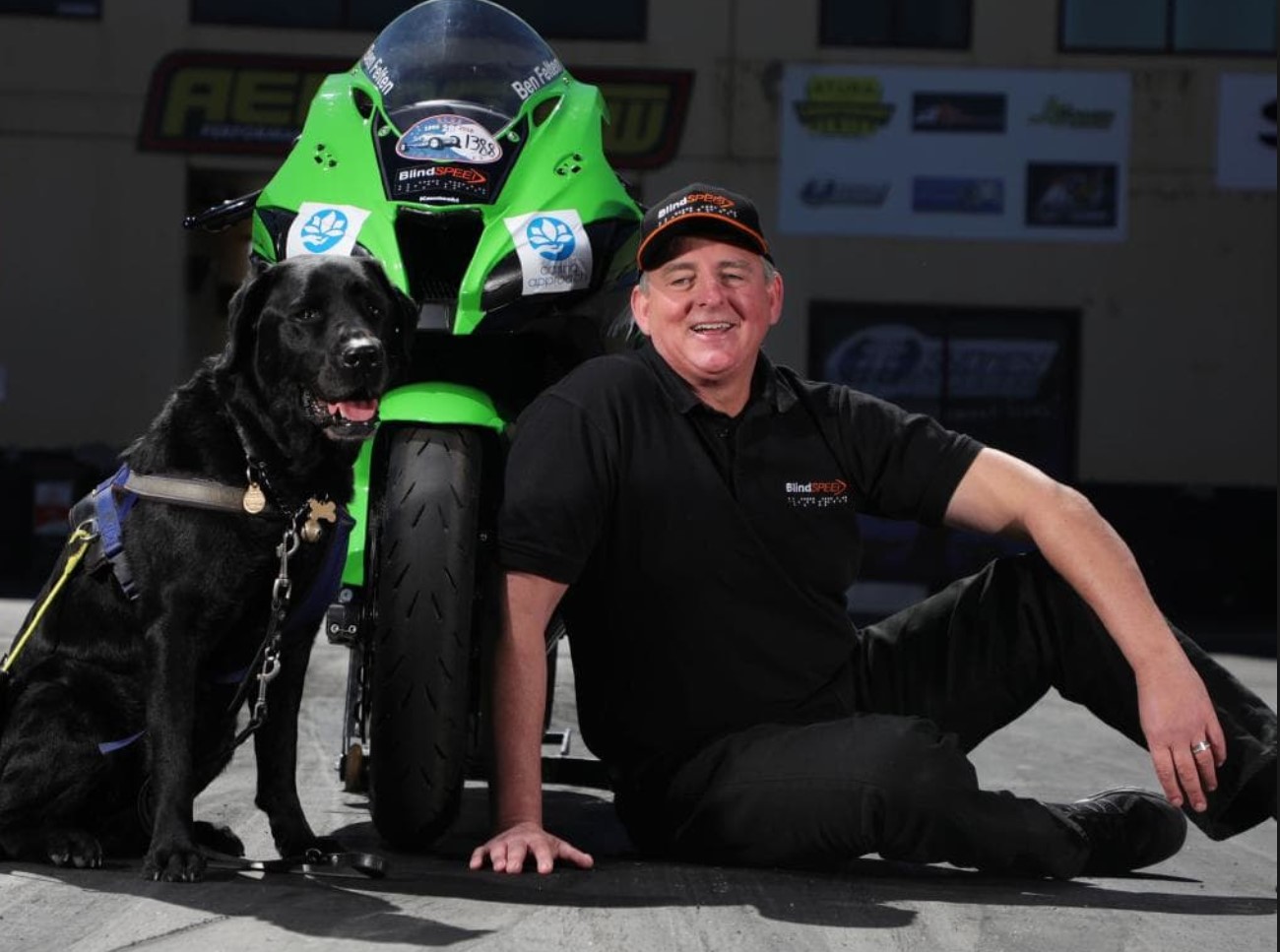 Ben was born fully sighted but when totally blind from Retinitis Pigmentosa which was diagnosed after a motorbike accident in his early teens.
It took years for Ben to come to terms with his diagnosis, but in his early twenties, Ben chose to make a positive difference in his life and the lives of others.
Ben went on to set up the Nepean Blind Sports Club and gave up full time employment to become Coordinator of the Western – NSW Sports Council for the Disabled. He then established Sailability and is the current President of Blind Sports NSW.

Ben is a former world champion and has a host of medals and records to his name in Rowing and Cricket, including the Jim Anderson Memorial Award for distinguished service to sport and administration.

Ben now pursues his original dream of becoming a world champion motorcycle racer. He has already set an Australian world record of 251.46kph and plans to challenge this again soon.